But what hasn’t been covered is what it tells us about capabilities and why it’s relevant for 1P brands.

eCommerce leaders should read on to understand FBA CMS, why it isn’t that creative, the importance of forecasting and measuring customer lifetime value, and implications for 1P brands in 2023.

3P-FBA sellers, like their 1P counterparts, have found forecasting, manufacturing, and inventory management increasingly difficult on Amazon since the pandemic started.

FBA CMS attempts to minimize these issues by offering one monthly limit metric along with a limit estimate for an additional two months. 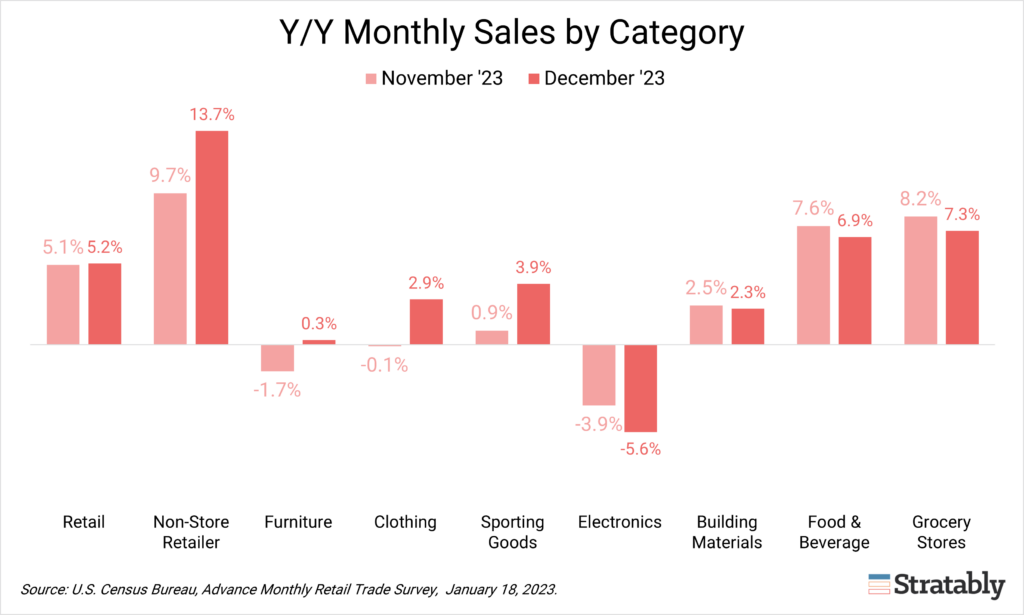 The non-store segment accelerated the most rapidly, a positive sign for Amazon and its rivals with large online businesses.

As an aside, comparing sales year-over-year is most helpful as it strips out seasonality, something which mainstream headlines seem to miss. (Census)

The results are best characterized as “mixed” with the main conclusion that retail media advertising returns are still positive even if retailers' sales have been decelerating through the year.

It's also clear Walmart moving to a second-price auction was absolutely the right move!

“The tech industry layoffs are basically an instance of social contagion, in which companies imitate what others are doing. If you look for reasons why companies do layoffs, (it’s) that everybody else is doing it. Layoffs are the result of imitative behavior and are not particularly evidence-based.”

“Companies sometimes lay off people that they have just recruited – oftentimes with paid recruitment bonuses. When the economy turns back in the next 12, 14, or 18 months, they will go back to the market and compete with the same companies to hire talent. They are basically buying labor at a high price and selling low.”

There’s certainly a rationale in re-evaluating certain initiatives in the light of day, especially for capital constrained start-ups.

But the bolder move in this environment is to invest more in projects and people, particularly for a company like Amazon where margins are projected to move substantially higher in the year ahead. (Stanford)

To be clear, Walmart is not using AMC(!), but the indirect acknowledgement of that it needs to understand the interaction across the funnel stands out. (Dustin on LinkedIn)

Performance vs. Brand is only one challenge for CMOs: "Companies looking to hire CMOs and other top-level marketing executives amid an economic downturn are increasingly favoring candidates with deep experience in so-called performance-marketing."

There are two challenges at the CMO level.

One is knowing both brand marketing and performance marketing, which this article highlights.

The other is knowing that this distinction is becoming obsolete, and the real path forward is to craft a plan that makes the combination come alive for the organization. (WSJ)