It’s a busy week ahead with Walmart, Target, Home Depot and Lowe’s all reporting, along with quarterly eCommerce data coming from the Census Bureau. The results will help complete what has become a bleak picture for near term digital performance as eCommerce has entered a “winter” period.

I first heard the term “winter” used to describe a downturn from analysts talking about the “crypto winter”. No, not the recent turndown, but the one in 2018 when BTC crashed and crypto optimism was in short supply. It was difficult for many to see the forthcoming innovation and demand in crypto during this time. 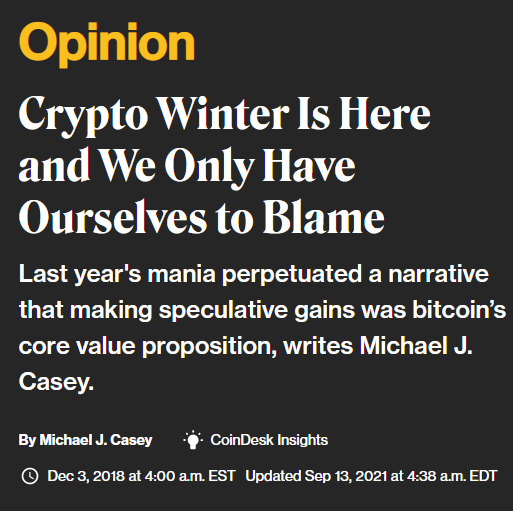 It feels like we’re now in an “eCommerce Winter” of sorts where much of the optimism around digital-oriented retailers and brands disrupting retail has been replaced with skepticism any will ever make any money, let alone if the consumer even prefers eCommerce over stores. 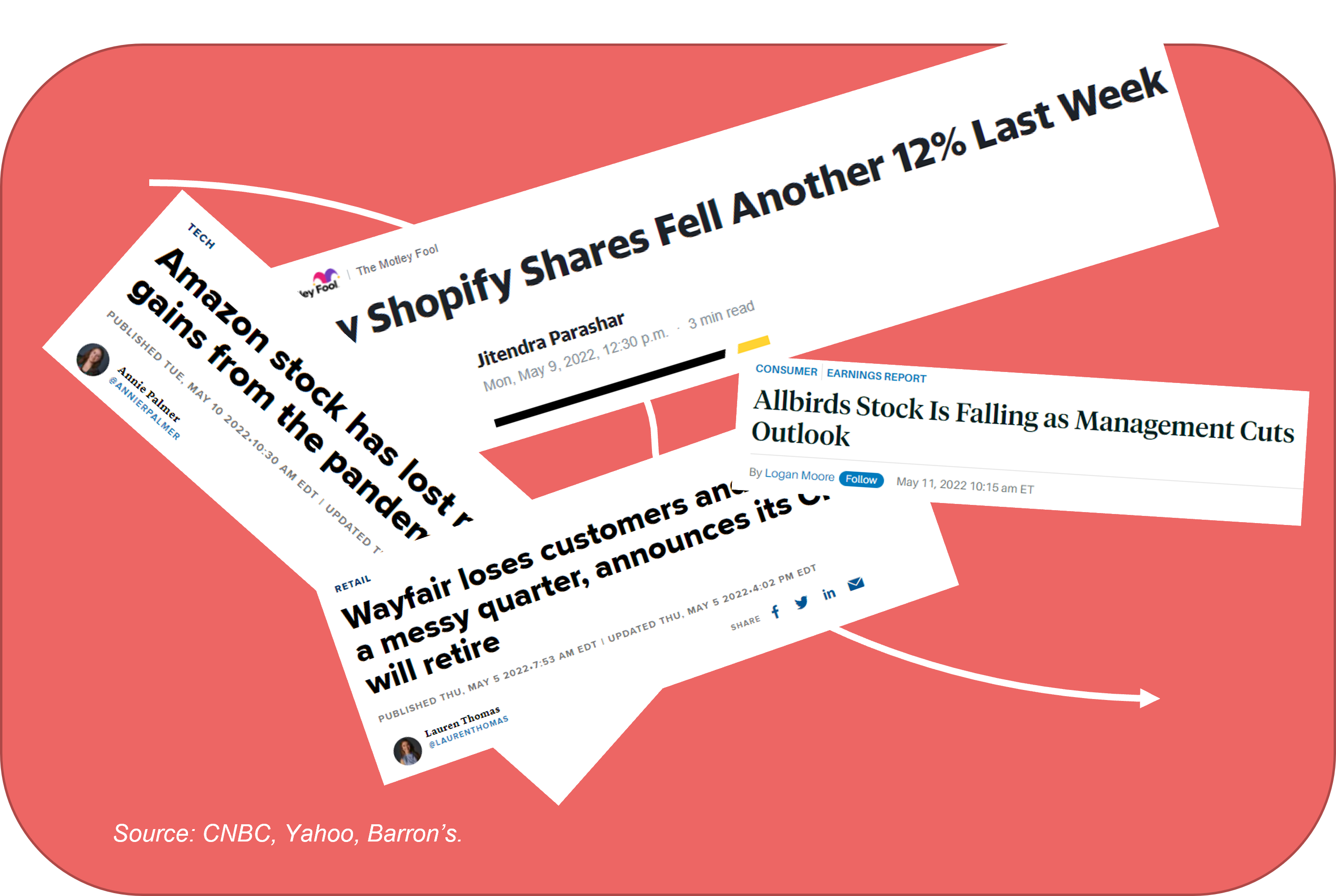 Near term behavior illustrates consumers don’t want to do all their shopping online, just like they don’t want to do it all in-store. Further, difficult comps, stimulus rolling off, consumers returning to stores, and growing demand in non-retail areas like travel are all weighing on the sector.

Investors have responded with a complete lack of appetite for supporting digital-first retailers and brands that are “we’ll-make-money-once-at-scale” positioned. They’re not wrong necessarily considering Amazon’s having trouble driving retail profits while doing $161B in GMV in the most recent quarter. If Amazon can’t make money, what hope is there for ThredUp or Allbirds or instant grocers?

Publically-traded eCommerce companies have been decimated.

Only a third of eTailers, meal kits, omni-enablers, and DTC brands I analyzed, have seen their share prices appreciate when compared to January 2020 (date chosen for pre-pandemic). 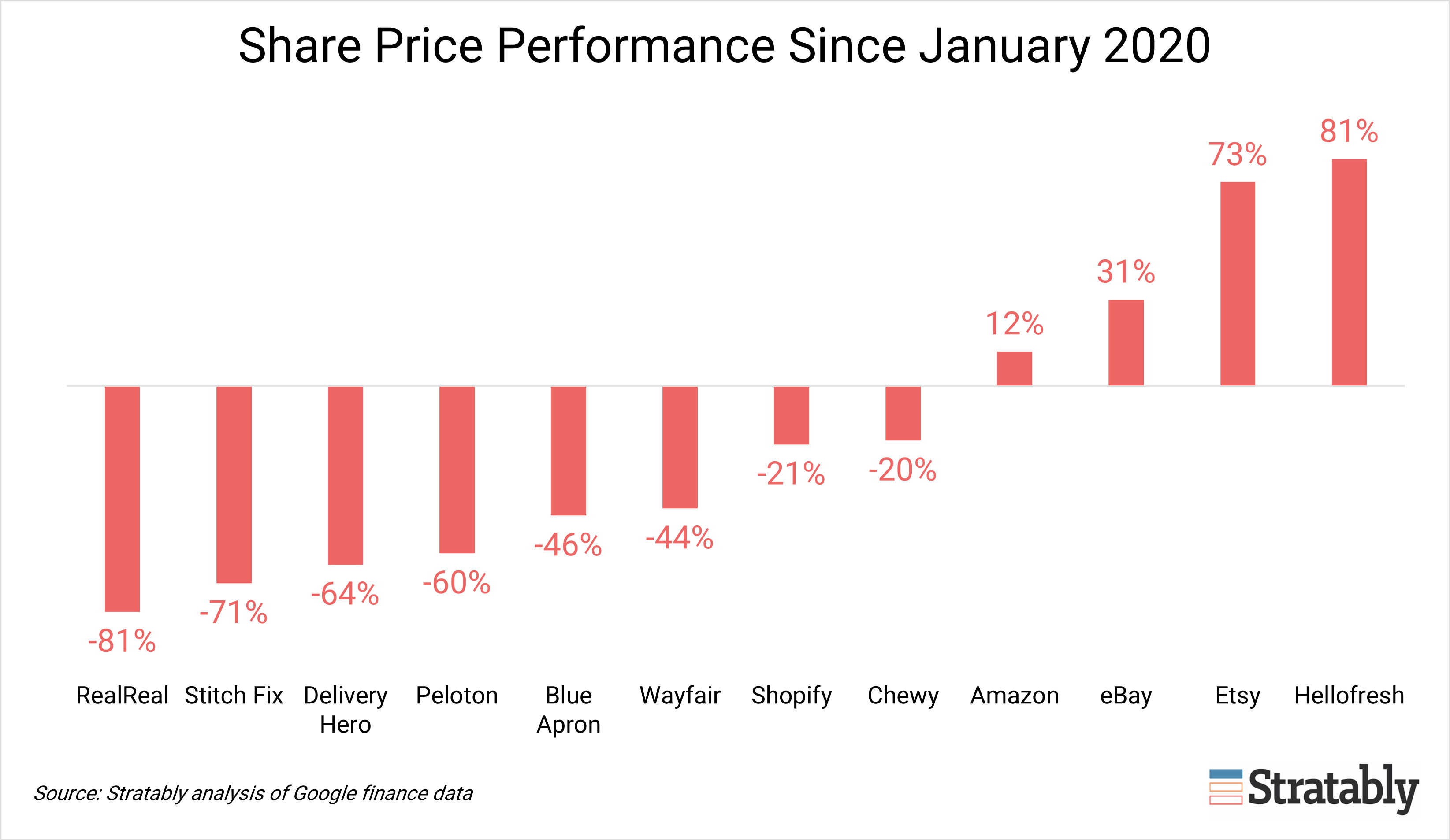 Shopify has been hit hard (down 21% compared to Jan ’20) despite its GMV growing from $17B to $41 billion over that stretch. 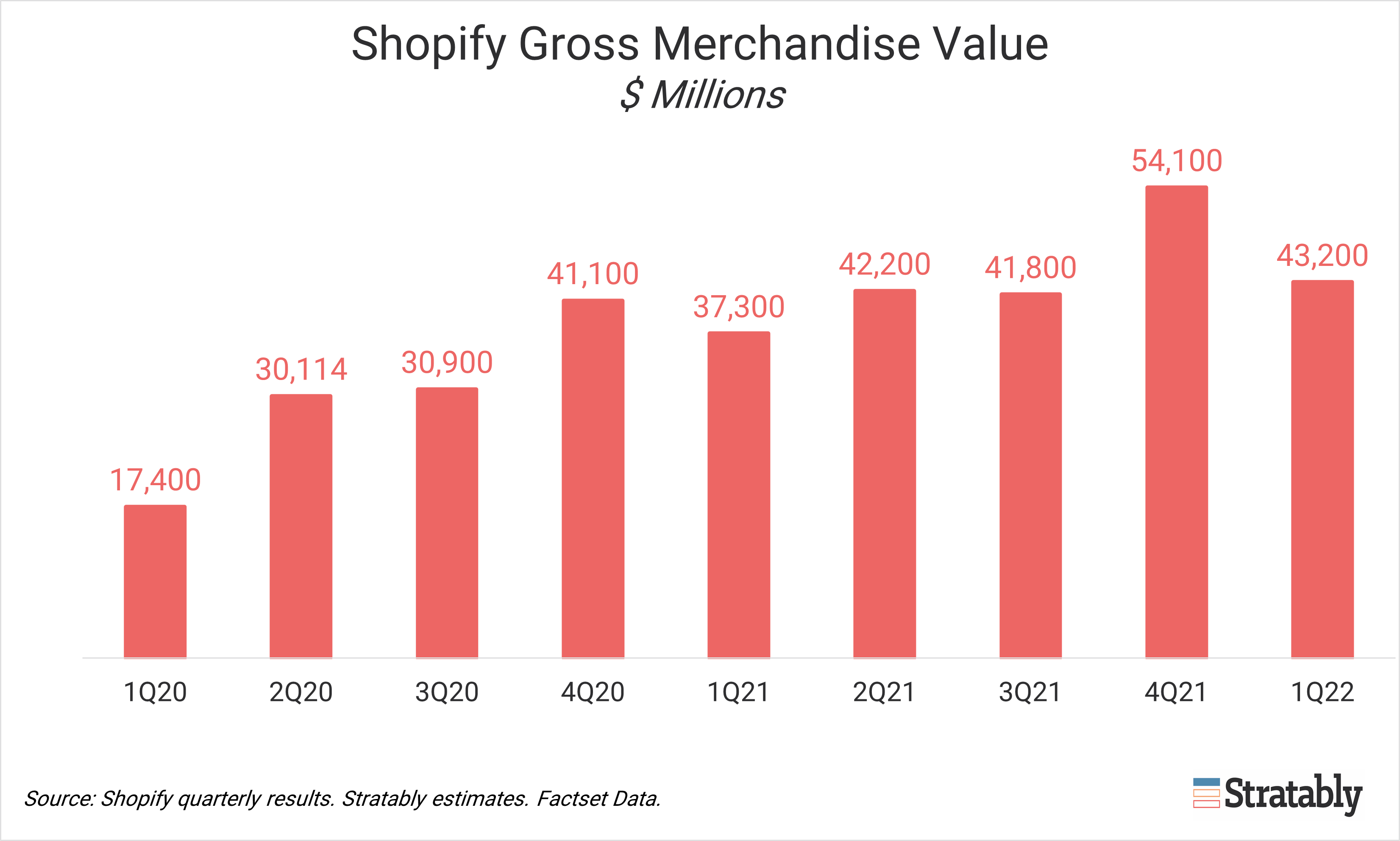 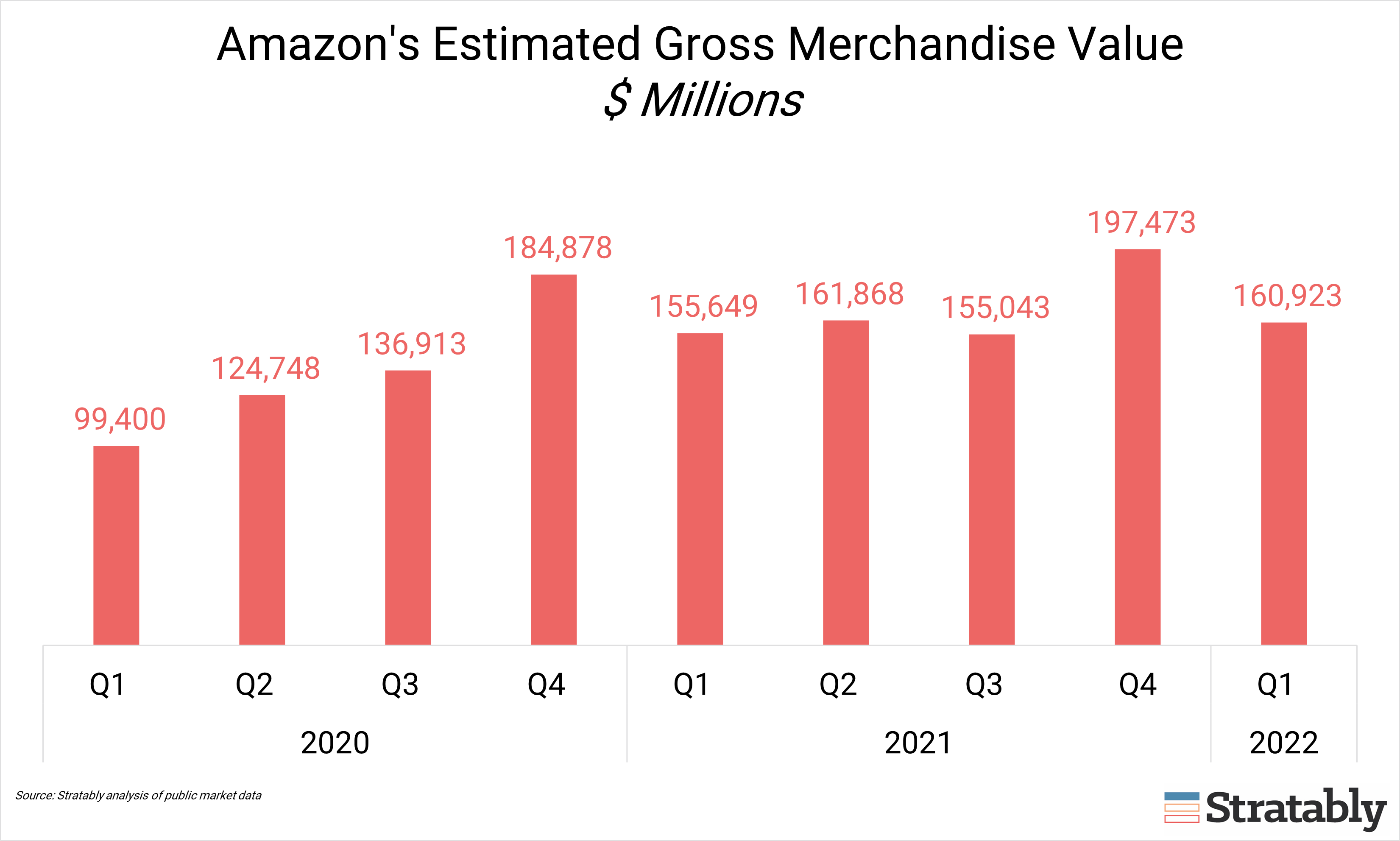 Last year was an exciting time to be a DTC company, with the largest going public. But on average, these shares are down 72%. You’d be forgiven if you though Peloton was the worst of the bunch considering the media coverage. 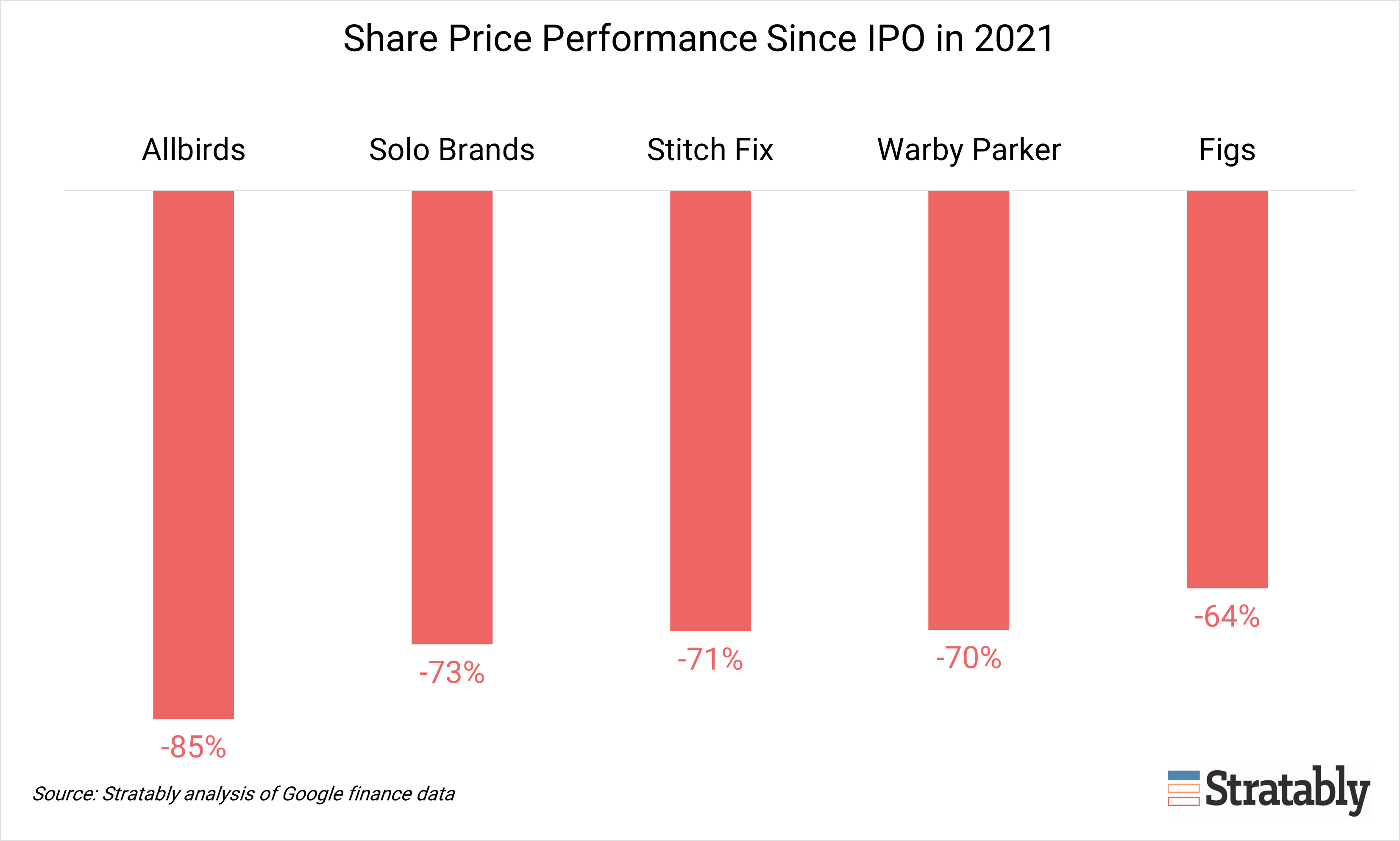 And then Wish…okay, let’s not talk about Wish given its shares are down 95% since its IPO. 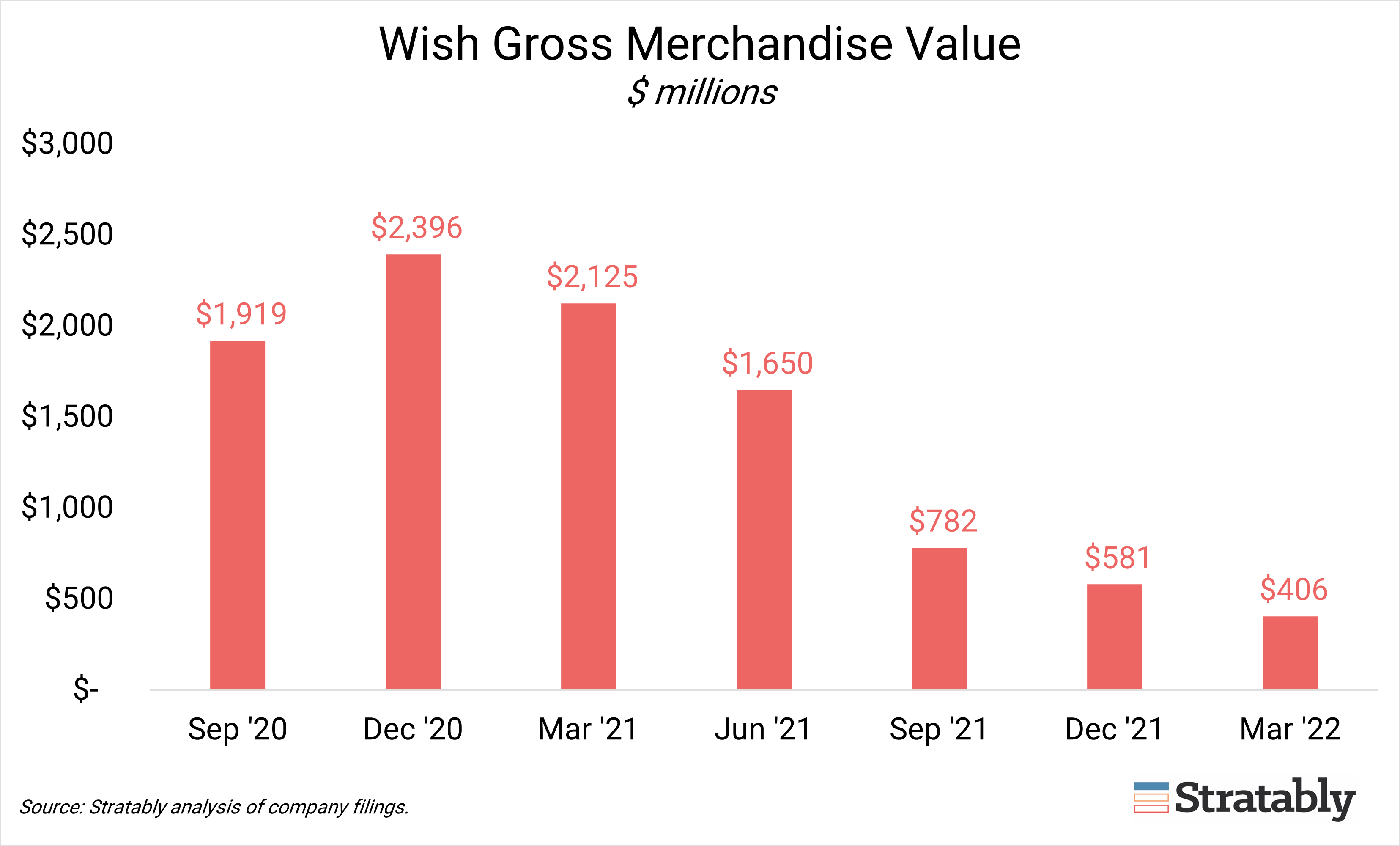 But look what investors think about omnichannel retailers. 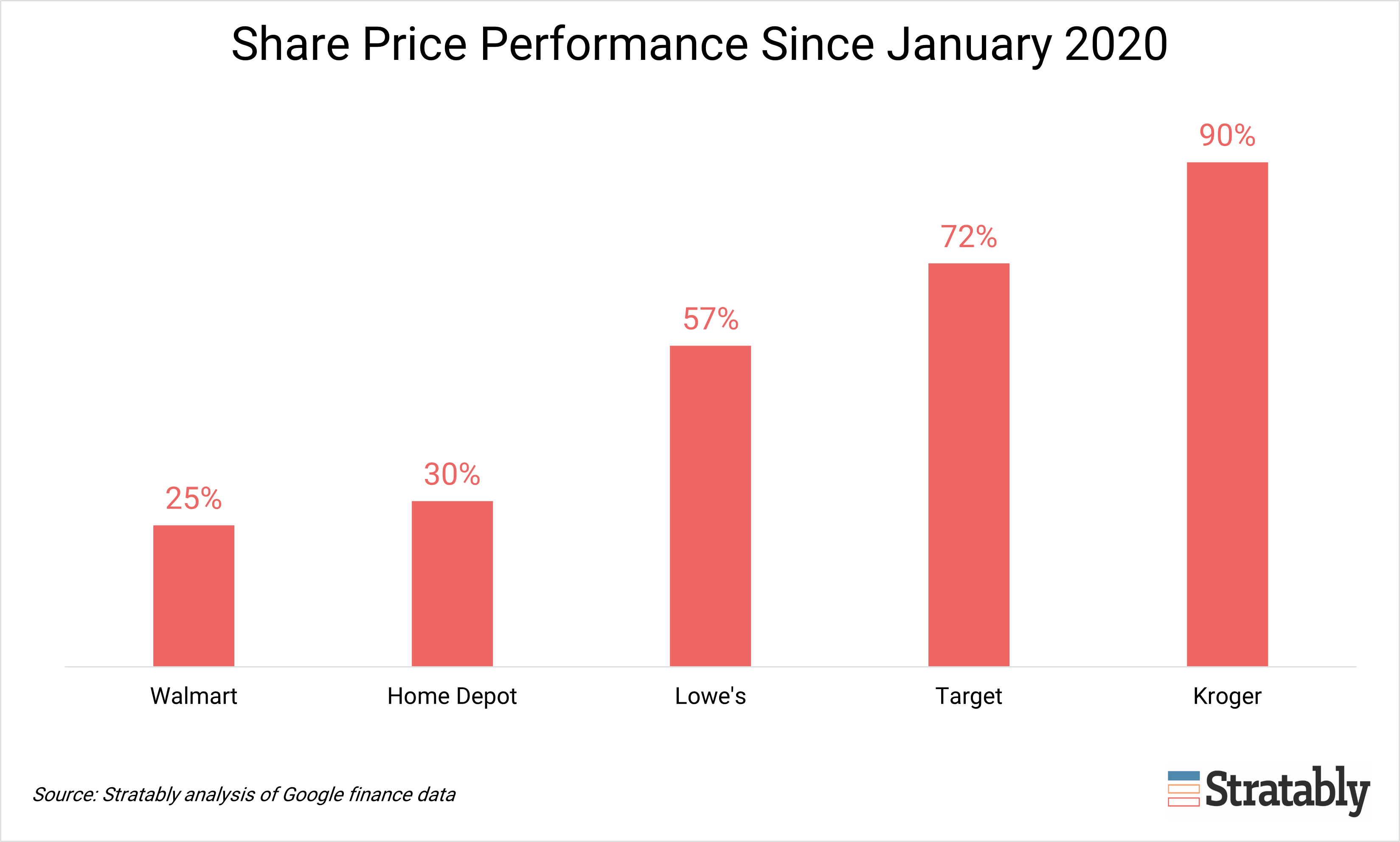 The traditional B&M retailers have emerged in the favor of investors who now like the diversified revenue, profits, nascent ad businesses, and a lot of press releases around digital initiatives. Omnichannel retailers did an incredible job moving quickly to help support consumers that were shoved squarely into digital mediums.

What does an eCommerce Winter mean for consumer brand professionals leading eCommerce?

I reached out to some trusted insiders at consumer brands to check the temperature on digital enthusiasm.

The results varied. Some said they’re seeing budgets move away from digital areas like retail media into store activations, while others said they’re organization remains firmly committed to supporting digital growth. This isn’t just about taking not only a long term perspective, but is also a reaction to what their retailers are demanding of them today.

To me, it’s simple. The eCommerce Winter means what’s required of eCommerce leaders going forward is the same as what was required pre-pandemic, with even more complexity.

The eCommerce Winter requires effective leaders that are commercially aware, meaning they focus on revenue and profit outcomes in their strategic recommendations.  Leaders need to be able to communicate the importance of digital from a sales and influence perspective both in the short term and the long term. They need to have an ability to influence omnichannel teams that naturally gravitate towards store based initiatives.

It’s not zero sum when it comes to account importance either. Amazon is still the leader in digital commerce, by far, even if its retail model is out of favor with investors and it overbuilt capacity (which by the way, makes them a tougher competitor). Yes, it faces a greater degree of omnichannel competition compared to pre-pandemic. But from a scale and technology perspective, it stands alone. While it’s easy to grow on the platform, improving profitability is a different challenge and one which can be defining for an eCommerce leader. 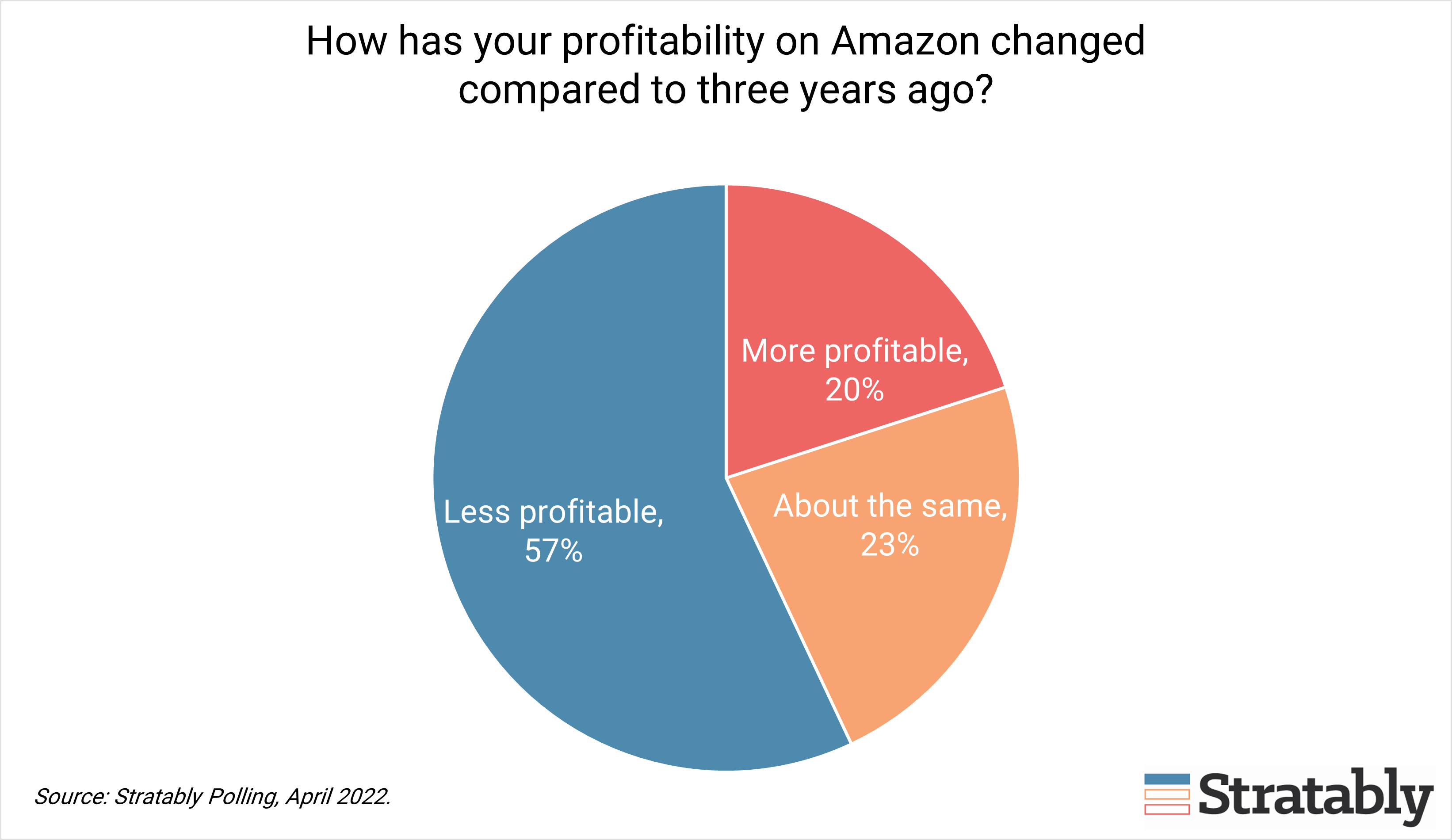 The greater complexity piece of what eCommerce leaders face now deals with omnichannel. While omnichannel retailers are doing 80%+ of their business in-stores, much of the dynamism in doing business with them revolves around their digital businesses.

All of these remain incredibly important to these accounts despite whatever’s happening in financial markets. They’re not pulling back or demanding less of their suppliers when it comes to digital. Consumer brands can’t pull back either. Effective eCommerce leaders will focus on helping train and develop these teams. Considering the tight labor market for digital talent, this has NEVER been more important.

Everyone’s influenced by headlines, especially when their 401k’s are getting battered. The natural tendency is to respond with short term thinking. But business cycles are natural. Investors are fickle.

What matters, and what can be the central focus for leaders, is aligning with consumer behavior. The path to purchase is not long and linear, but instantaneous and everywhere. Meeting consumers where they want to be met matters. Removing friction matters. Converting content matters. Fast delivery, selection, visibility all matter.